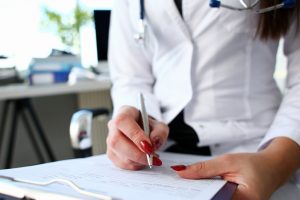 The structure of employment agreements and non-compete language means everything for a healthcare company.  Agreements that restrict when and where an individual can work after leaving a company – known as non-compete or non-competition agreements – are highly scrutinized by courts.  Why? The State of California, in practice generally considers the right to earn an income to be very beneficial not only to the individual but to the success of society itself.  While the courts do not favor agreements of this type, they are allowed when carefully drafted.

The lawsuit was brought after five employees left Horizon Health Corp., a subsidiary of Psychiatric Solutions, which was acquired by Universal Health Services and how the claims relating to those employees fell into court in complaints filed by UHS.  The employees later went to work for another healthcare company, Acadia Healthcare — one that UHS considered competition.

When UHS learned of the collective new positions, the company brought claims in federal court.  The complaint named the five former employees as well as Acadia Healthcare as defendants and including claims that the defendants not only violated the non-compete agreements that they had voluntarily signed, but that they misappropriated confidential information.  The non-compete agreement was upheld in court and the jury believed the claims made by the former employer, resulting in an almost unprecedented $6.89 million award.  This is why well crafted employment agreements and non-compete language means everything for a healthcare company.

The Watkins Firm has decades of experience serving the medical and healthcare business sector in San Diego and Southern California.  We understand the terms of an employment agreement and non-compete language means everything for a healthcare company.  We carefully craft agreements which are tightly focused and protect the trade secrets, patients and practices of our clients.

We invite you to contact the Watkins Firm or call 858-535-1511 to learn more and schedule an appointment.