Daniel Watkins is a true people person who sincerely listens. He cares about things that occur in other people’s lives. Dan enjoys digging into the facts and finding creative solutions to problems. He is not shy about giving his opinion either.

Dan’s interest in people make him deeply invested in every relationship and his exuberant personality makes him a true litigator. Dan fights for his clients with a fierce and calculated commitment.

Dan has practiced in the areas of business, real estate and employment law since 1987. He is a seasoned litigator and true trial attorney with over 50 jury and bench trials to his credit. Dan has successfully represented both large companies and individuals and achieved substantial victories in well-publicized trials throughout California and the U.S.

He is experienced in business and corporate formation and administration, as well as all forms of alternative dispute resolution, including binding arbitration and mediation.

THE ROAD TO BECOMING A BUSINESS LAWYER AND LITIGATOR

Dan has over three decades of experience working with, for and against some of the largest insurance companies in the country. He has successfully tried and litigated cases in the areas of Healthcare Compliance, Commercial Litigation, Unfair Business Practices, Fraud, Breach of Contract, Battery, Premises Liability, Product Defect, Medical Malpractice, Discrimination, Sexual Harassment, Construction Defect, as well as Unfair Competition, Defamation, and Trade Secrets.

In December 2003, Dan commenced litigation against Health South Surgery Centers-West, Inc and its’ subsidiaries, exposing the company’s extensive mismanagement and misconduct of its’ surgery centers. Dan has also been asked by some of California’s largest municipalities and corporations to conduct legally required investigations into matters involving alleged employment discrimination and harassment.

EDUCATING PEOPLE ABOUT THEIR RIGHTS AND OPTIONS

Some of Dan’s cases have been covered by national and local publications and television news programs. In one instance, he took on a large automobile manufacturer and appeared on the National Television Show, ‘Good Morning America,’ where he was interviewed concerning his successful litigation of a highly controversial product liability case. Because of the success and notoriety of the case over 600,000 vehicles were recalled for safety reasons uncovered by Dan Watkins.

He has also been interviewed by local television news shows and local newspapers regarding the many noteworthy cases he has worked on since he became an attorney in 1987. Sometimes it takes the media to get the word out to uncover witnesses and evidence to win a hotly contested case.

Dan has been married for over 20 years and has two children attending colleges in California. While he no longer can be found coaching on the baseball and soccer fields, he is a true family man and enjoys visiting his children at college.

He grew up in the Santa Ynez Valley and moved to San Diego during law school. While attending the University of San Diego, School of Law, he fell in love with the San Diego weather, people, and renowned golf courses. 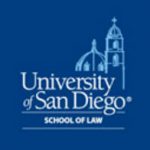 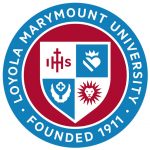