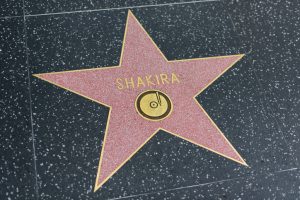 Although it may not be evident at the initial execution of an agreement, business contracts can have international complications down the road.  When individuals or businesses need to enter into a contract with another entity, the manner in which such contracts are drafted is incredibly important.  It is impossible to overstate the ease with which an improperly written agreement can become utterly useless, through an inability to enforce the contract or a dismissal if and when the matter reaches a California court.

The recent business dispute between pop singer Shakira and her former boyfriend and manager is an excellent example of the importance of having well-drafted business contracts.

The man who sued Shakira is an Argentinean attorney.  He was involved in both business and romantic relationships with the singer for a number of years.  The two parted ways after which the man filed suit against Shakira, claiming that he was not paid for duties laid out in business contracts between the two parties.  His suit asks for approximately $100 million in compensation.

A California court heard the matter recently, but ruled that any contract dispute between the two parties is not a matter that can be heard in an American court.  In order to further pursue the issue, the former business manager would have to file suit in either Columbia, which is the proper venue for at least one of the agreements between the parties, or the Bahamas, where Shakira currently claims residency.

Business contracts can have international complications down the road.  With the proper legal advice at the onset of this business relationship, the man who claims to be owed $100 million for his services could have obtained a better footing for pursuing those claims. When a business venture involves multiple jurisdictions, the need for careful attention in drafting business contracts is even more pronounced.  In this case, it is unclear if the matter could have been heard in a California court no matter how the contracts were drafted.

Those here in California who have the need to create legal contracts should work with the experienced business contract attorneys at the Watkins Firm who carefully and uniquely craft business contracts to consider almost every conceivable outcome.  We invite you to contact us or call 858-535-1511 for a free consultation to learn more.